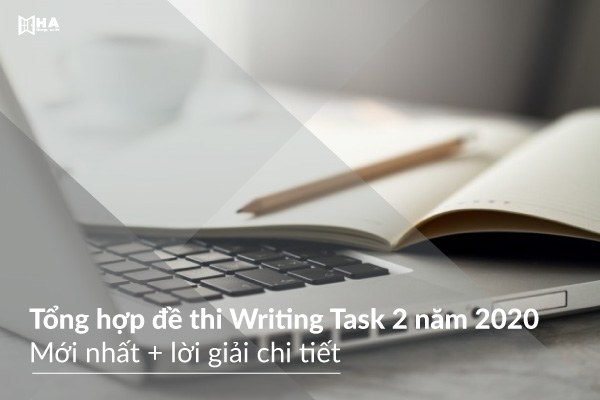 Đề 1 (Ngày 5/3/2020): Some people argue job satisfaction is more important than job security. Others believe a permanent job is more important. Discuss both these views and give your own opinion.

People have different views about whether career satisfaction is 𝗼𝗳 𝗴𝗿𝗲𝗮𝘁𝗲𝗿 𝗶𝗺𝗽𝗼𝗿𝘁𝗮𝗻𝗰𝗲 than job stability. While some people disagree with the idea of having a permanent job, I believe that both of these two elements should be regarded as 𝗲𝗾𝘂𝗮𝗹𝗹𝘆 𝘃𝗶𝘁𝗮𝗹 for workers.

On the one hand, 𝗮 𝘀𝗲𝗻𝘀𝗲 𝗼𝗳 𝗽𝗲𝗿𝘀𝗼𝗻𝗮𝗹 𝗳𝘂𝗹𝗳𝗶𝗹𝗹𝗺𝗲𝗻𝘁 as career objectives is believed to be beneficial for not only employees but also employers. First and foremost, satisfaction in jobs may contribute to 𝗵𝗶𝗴𝗵𝗲𝗿 𝗽𝗿𝗼𝗱𝘂𝗰𝘁𝗶𝘃𝗶𝘁𝘆 because when someone is happy with their job, they focus well and they pay attention to their tasks. Moreover, a sense of job satisfaction can also helps employees give better 𝗰𝘂𝘀𝘁𝗼𝗺𝗲𝗿 𝘀𝗲𝗿𝘃𝗶𝗰𝗲 and we know that 𝗰𝘂𝘀𝘁𝗼𝗺𝗲𝗿 𝗿𝗲𝘁𝗲𝗻𝘁𝗶𝗼𝗻 𝗮𝗻𝗱 𝗹𝗼𝘆𝗮𝗹𝘁𝘆 are dependent based on the given service of the employees. If customers’ loyalty is increased, automatically it will lead to an increase in profit. In addition, if the employees are satisfied with their job, they will feel less stressful and; as a result, this would be a catalyst for a better 𝗺𝗲𝗻𝘁𝗮𝗹 𝗵𝗲𝗮𝗹𝘁𝗵 of workers.

On the other hand, I personally contend that job satisfaction alone would not suffice for several reasons. The first reason is that job security makes people feel motivated. When the 𝘀𝗲𝗻𝘀𝗲 𝗼𝗳 𝗰𝗼𝗻𝘁𝗲𝗻𝘁𝗺𝗲𝗻𝘁 in jobs is achieved, what makes workers continue to do the jobs is the assurance that they will keep their  job without the risk of becoming unemployed. It is going to be very hard for employees to do their best work if they have to worry and pressured about the future of their job; and this would affect the business of the company. The second reason is that job insecurity may have a negative impact on the economy of the nation as a whole because the 𝘂𝗻𝗰𝗲𝗿𝘁𝗮𝗶𝗻𝘁𝘆 𝗼𝗳 𝗷𝗼𝗯𝘀 may  lead to higher 𝘂𝗻𝗲𝗺𝗽𝗹𝗼𝘆𝗺𝗲𝗻𝘁 𝗿𝗮𝘁𝗲. As a consequence, it is the 𝗲𝗰𝗼𝗻𝗼𝗺𝗶𝗰 𝗴𝗿𝗼𝘄𝘁𝗵 that suffer the most from job insecurity. 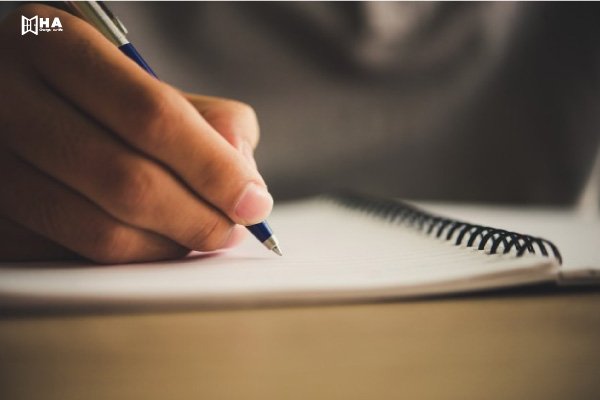 Đề 2 (7/3/2020): Some say that news has no connection with most people’s life and it is waste of time for most of us to read newspapers and watch television news programs. Do you agree or disagree?

It is said that news is 𝗼𝗳 𝗻𝗼 𝗿𝗲𝗹𝗲𝘃𝗮𝗻𝗰𝗲 to our real life; therefore, it is useless to spend time updating news via 𝗺𝗲𝗮𝗻𝘀 𝗼𝗳 𝗺𝗲𝗱𝗶𝗮 𝗰𝗼𝘃𝗲𝗿𝗮𝗴𝗲. Personally, while I accept that 𝘁𝗲𝗹𝗲𝘃𝗶𝘀𝗶𝗼𝗻 𝗯𝗿𝗼𝗮𝗱𝗰𝗮𝘀𝘁 may be 𝘄𝗿𝗼𝗻𝗴𝗹𝘆 𝘁𝗿𝗮𝗻𝘀𝗺𝗶𝘁𝘁𝗲𝗱 in some ways, I also believe that it is of necessity for people to be 𝘄𝗲𝗹𝗹-𝗶𝗻𝗳𝗼𝗿𝗺𝗲𝗱 about what is happening in the world.

On the one hand, it is true that news is becoming less and less related to personal life of the majority of people. The explanation for this is that journalists usually create 𝗳𝗮𝗸𝗲 𝗻𝗲𝘄𝘀 to 𝗯𝗼𝗺𝗯𝗮𝗿𝗱 readers with untruth information. That 𝗽𝘀𝗲𝘂𝗱𝗼-𝗻𝗲𝘄𝘀 often includes 𝗳𝗮𝗹𝘀𝗲 𝗰𝗹𝗮𝗶𝗺𝘀 about 𝗽𝗿𝗶𝘃𝗮𝘁𝗲 𝗹𝗶𝗳𝗲 𝗼𝗳 𝗰𝗲𝗹𝗲𝗯𝗿𝗶𝘁𝗶𝗲𝘀, 𝗽𝗼𝗹𝗶𝘁𝗶𝗰𝗮𝗹 𝗺𝗮𝗻𝗶𝗽𝘂𝗹𝗮𝘁𝗶𝗼𝗻𝘀 𝗼𝗿 𝗽𝗮𝗻𝗱𝗲𝗺𝗶𝗰, which are by no means helpful for 𝗱𝗮𝘆-𝘁𝗼-𝗱𝗮𝘆 𝘁𝗮𝘀𝗸𝘀 of people. For example, with the current 𝗼𝘂𝘁𝗯𝗿𝗲𝗮𝗸 of the 𝗲𝗽𝗶𝗱𝗲𝗺𝗶𝗰 named Covid-19, most articles that have been 𝗴𝗼𝗶𝗻𝗴 𝘃𝗶𝗿𝗮𝗹 all around the world are considered 𝗳𝗮𝗯𝗿𝗶𝗰𝗮𝘁𝗶𝗼𝗻𝘀. In fact, although the Covid-19 virus is widely 𝗶𝗻𝗳𝗲𝗰𝘁𝗶𝗼𝘂𝘀, it is all too often 𝗲𝘅𝗮𝗴𝗴𝗲𝗿𝗮𝘁𝗲𝗱 𝗯𝘆 𝘁𝗵𝗲 𝗺𝗲𝗱𝗶𝗮. As a result, these articles are not only unhelpful for people to combat the disease, but also 𝗲𝘀𝘁𝗮𝗯𝗹𝗶𝘀𝗵 𝘁𝗵𝗲 𝘂𝗻𝗰𝗲𝗿𝘁𝗮𝗶𝗻𝘁𝘆 𝗮𝗺𝗼𝗻𝗴 𝘁𝗵𝗲 𝗽𝘂𝗯𝗹𝗶𝗰.

Despite the facts mentioned above, I believe that 𝗻𝗲𝘄𝘀 𝗹𝗶𝘁𝗲𝗿𝗮𝗰𝘆 is of paramount importance for everyone. The first reason for this is that by 𝗸𝗲𝗲𝗽𝗶𝗻𝗴 𝘂𝗽 𝘄𝗶𝘁𝗵 𝘁𝗵𝗲 𝗻𝗲𝘄𝘀, people can be aware of the 𝗹𝗮𝘁𝗲𝘀𝘁 𝗶𝘀𝘀𝘂𝗲𝘀 and how to avoid it. If we do not watch TV news, we might not know there is Covid 19 virus spreading globally and therefore, we can hardly learn how to minimize the risks of contracting the virus. The second reason is that news is an important 𝘀𝗼𝘂𝗿𝗰𝗲 𝗼𝗳 𝗸𝗻𝗼𝘄𝗹𝗲𝗱𝗴𝗲. Watching the news or reading it from newspapers or by any other 𝗺𝗲𝗮𝗻𝘀 𝗼𝗳 𝗰𝗼𝗺𝗺𝘂𝗻𝗶𝗰𝗮𝘁𝗶𝗼𝗻 would be the fastest way to 𝗮𝗰𝗰𝘂𝗺𝘂𝗹𝗮𝘁𝗲 𝗸𝗻𝗼𝘄𝗹𝗲𝗱𝗴𝗲. A lot of news contains certain 𝗲𝘅𝗽𝗲𝗿𝘁𝗶𝘀𝗲 about a specific area, such as science and technology or education. Hence, we would expand our horizon of knowledge by exposing to the news.

In conclusion, although it is hard to deny that we find it difficult to relate information provided by the news and people’s life in most cases, I do not agree with the idea that people should be 𝗿𝗲𝗹𝘂𝗰𝘁𝗮𝗻𝘁 𝗳𝗿𝗼𝗺 reading newspapers and watching TV news.